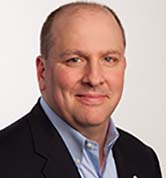 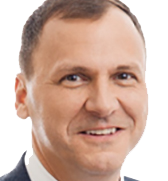 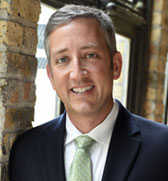 Mr. Boettinger serves as General Counsel of REV, a position he has held since June 2018. Prior to joining REV, Mr. Boettinger worked at Harley-Davidson, Inc. for over 14 years. Before joining Harley-Davidson, Mr. Boettinger was an associate at the law firm of Foley & Lardner for four years. Prior to law school, he worked for Bethlehem Steel for six years, where he held various positions in operations and engineering, and was also an officer in several National Guard and Army Reserve units. Mr. Boettinger holds a BS in Mechanical Engineering from the University of Notre Dame, an MBA from the University of Indiana, Northwest, and a JD from Notre Dame Law School. 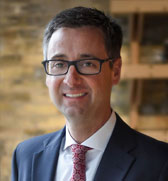 Mr. Panagis serves as REV Group’s Chief Information Officer. He has more than 20 years of global information technology experience, with a concentration in the areas of IT Strategy, Project Portfolio Management, Application/Infrastructure Operations and Business Value Creation. Prior to joining REV Group, Mr. Panagis served in a variety of progressively responsible IT leadership roles at Johnson Controls, Inc. (JCI), most recently as the Vice President of IT Strategy and Operations. Prior to joining JCI, Mr. Panagis worked at Chevron for nearly 14 years, where he held positions in manufacturing engineering, large scale program management, logistics, plant operations and information technology leadership. Mr. Panagis holds a bachelor’s degree in Mechanical Engineering from the University of Michigan in Ann Arbor. 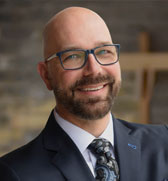 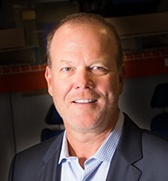 Mr. Tyler currently serves as President, REV Fire Group, a position he has held since March 2020. From 1997-2016, Kent held several senior positions within REV Group, including Corporate Vice President - Sales & Marketing of Collins Industries, Inc., President of the Collins Bus Corporation, President/CEO of E-ONE and President/CEO of the Bus & Mobility Group. Prior to rejoining REV Group, he served as Executive Vice President of United Safety & Survivability Corporation.  Kent holds a BS from Oklahoma State University, and a MS from Missouri State University. 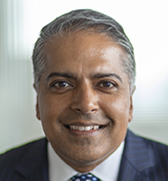 Mr. Prakash currently serves as President, REV Ambulance Group, a position he has held since September 2019. Prior to his current role, he was Director, Retail Development at Harley-Davidson where he led the U.S. distribution channel organization through a network of over 700 independent retailers. Anoop served has a Captain in the U.S. Marine Corps and holds a BA from Stanford University as well as an MBA from Harvard Business School. 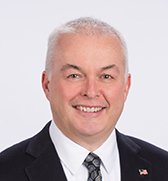 Mr. Perry currently serves as President, Commercial Segment, overseeing several brands including Collins, ENC, Champion, ElDorado, Capacity and Laymor, a position he has held since July 2019. Most recently he was Senior Vice President of Operations for L3Harris Technologies, Inc. Brian is a certified Master Black Belt in Six Sigma and Lean Sensei and holds a BA from Northeastern University and an MBA from Babson College.

Mr. Bamatter has served as a member of our Board of Directors since 2016. Mr. Bamatter served as a Vice President and Secretary of REV and many of REV subsidiaries from 2008 until 2016. He is also a Partner at AIP, an organization he joined in 2005. Previously, he served as Chief Financial Officer and Chief Operating Officer of Consoltex Holdings, Inc. Mr. Bamatter also served as a Senior Manager at PriceWaterhouseCoopers, where he managed the worldwide audits for several banking and manufacturing multinational businesses. Mr. Bamatter graduated from Bishop’s University with bachelor of business administration degree in accounting and finance. Mr. Bamatter earned his Chartered Accountancy designation in Canada in 1981. Because of his significant academic training, current and previous financial experience and his deep knowledge of REV’s operating history, we believe Mr. Bamatter is well-qualified to serve on our Board of Directors.

Mr. Canan has served as a member of our Board of Directors since August 2016 and brings over 34 years of strategic, business development and financial leadership experience to REV. Mr. Canan recently retired from Merck & Co., Inc., where he held a number of positions, including Senior Vice President, Global Controller and Chief Accounting Officer. Mr. Canan is also a member of the Board of Directors of Acasti Pharma, where he chairs the Audit Committee. Mr. Canan serves on the Board of Trustees and is Chairman of the Audit & Risk Committee of the Angkor Hospital for Children based in Cambodia. Mr. Canan graduated from McGill University with a bachelor of commerce degree and is a Canadian Chartered Accountant. Because of his over 34 years of strategic, business development and financial expertise, we believe Mr. Canan is well-qualified to serve on our Board of Directors.

Mr. Cusumano has served as a member of our Board of Directors since 2008. Mr. Cusumano was a Vice President of REV from 2008 until February 2016. He is also a general partner at AIP, an organization he joined in 2000. Previously, he served in the Investment Banking Department of J.P. Morgan & Co. Inc., where he worked on merger and acquisition and capital raising transactions, primarily in the industrial sector. In addition, Mr. Cusumano served in the Investment Banking Department at Wedbush Morgan Securities. Mr. Cusumano graduated from the University of Notre Dame, where he received a bachelor of business of administration degree in finance. He is a CFA charterholder. Because of his extensive financial and investing background and his deep knowledge of REV’s history and organization, we believe Mr. Cusumano is well-qualified to serve on our Board of Directors.

Mr. Dutil has served as a member of our Board of Directors since 2016 and brings over 25 years of experience in commercial vehicle manufacturing to REV. Since 2002, he has served as President and Chief Executive Officer of Manac Inc. Before that, Mr. Dutil served in various senior positions at Manac Inc., including Executive Vice President and Vice President of Marketing. He also sits on the Boards of Directors of Fondation Nordiques and Béton Bolduc Inc. Previously, he was a Director of the Groupe Environnemental Labrie Inc., the Truck Trailer Manufacturers’ Association, FIER Entrepreneur, Fondation du Centre de Réadaptation Physique Chaudière-Appalaches and Groupe Harnois. Mr. Dutil is a graduate of HEC Montréal and Western Business School. Because of his extensive business experience, we believe Mr. Dutil is well-qualified to serve on our Board of Directors.

Mr. Fish has served as a member of our Board of Directors since 2016. He is a partner at AIP, an organization he joined in 2012. Previously, he served as an investment associate for Chilton Investment Company. In addition, Mr. Fish has held a variety of financial, supply chain and operational roles with Lear Corporation. Mr. Fish also serves on the Board of Directors of Carlstar Group LLC and Gerber Scientific LLC. Mr. Fish graduated from Michigan State University’s Eli Broad College of Business with a bachelor of arts degree in finance. He holds a master of business administration degree from the Stanford Graduate School of Business. Because of his financial, supply chain and operational expertise, we believe Mr. Fish is well-qualified to serve on our Board of Directors.

Mr. Swift has been recently been elected to our board of directors. He is an Operating Partner at AIP, an organization he joined in 2015.  Prior to joining AIP, he served as the President and CEO of a number of diverse industrial businesses including Heil Trailer International as well as several of the predecessor companies to REV Group, Inc. (Capacity of Texas, Collins Industries and Allied Specialty Vehicles Inc.). Prior to his affiliation with AIP, Mr. Swift held various management positions within the Cummins distributor organization.  Mr. Swift is an engineer by education with a bachelor of science in electrical engineering from Minnesota State University.  Mr. Swift is currently a board member of Canam Group Inc, Current Lighting HoldCo Parent, Inc., EnTrans International, LLC, The Brock Group Inc. and Vertex Aerospace Services Holding Corp. Because of his operational and industrial expertise, we believe Mr. Swift is well-qualified to serve on our Board.

Mr. Rotroff has served as a member of our Board of Directors since 2016. Mr. Rotroff joined AIP in 2012. Mr. Rotroff previously served as an analyst and associate at Baird Private Equity from 2006 to 2010. Prior to his employment with Baird Private Equity, Mr. Rotroff worked in the Healthcare group in the Investment Banking Division of Piper Jaffray & Co. Prior to Piper Jaffray & Co., Mr. Rotroff worked as a member of the Business Planning team at Boston Scientific. Mr. Rotroff holds a bachelor of science degree in biomedical engineering from the University of Wisconsin, with honors and distinction, a master of engineering degree from Duke University and a master of business administration degree from the J.L. Kellogg School of Management at Northwestern University. Mr. Rotroff also serves on the Boards of Directors of AIP Aerospace LLC, Carlstar Group LLC and Optimas OE Solutions, LLC. Because of his extensive financial experience, we believe Mr. Rotroff is well-qualified to serve on our Board of Directors.

Mr. Viola has served as a member of our Board of Directors since 2008. He was the Chief Operating Officer of Donnelly Corporation from 1996 until his retirement in 2002. Prior to this, he served as Chief Operating Officer and as a director of Mack Trucks Inc. Mr. Viola is currently on the Boards of Directors of Unique Fabricating, Inc. and Defiance Metal Products, Inc. He previously served on the Boards of Directors of Manac Inc. and Williams Controls, Inc. Mr. Viola holds a bachelor of science in mechanical engineering from Lehigh University. Because of his extensive management background, we believe Mr. Viola is well-qualified to serve on our Board of Directors. 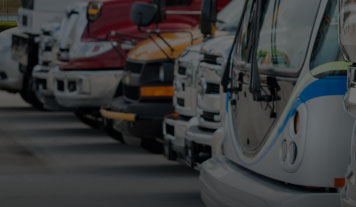 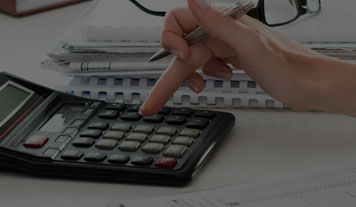 REV Group understands what it means to run a business. From cash flow, flexible payments and tax benefits, we built our financing program to maximize your bottom dollar. 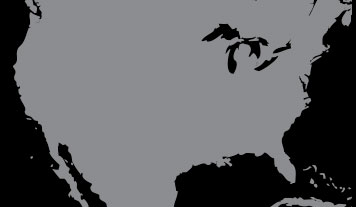 Covering more than 4+ million sq. ft. across the United States and comprised of more than 7,000 employees, REV Group features one of the most efficient manufacturing footprints in the nation.